This project is unique since it aims at combining two main areas of research, Computer Vision and Machine Learning, in an application of automatic surveillance for people detection and tracking and abnormal behavior recognition. Computer Vision (CV) and Machine Learning (ML) have been used jointly for many different applications but either using ML as a tool for computer vision applications or using CV as a case study to proof theoretical advances in ML. The project aims at exploring how visual features can be automatically extracted from video using computer vision techniques and exploited by a classifier (generated by machine learning) to detect and identify suspicious people behavior in public places in real time. In this sense, CV and ML are jointly developed and studied to provide a better mix of innovative techniques. 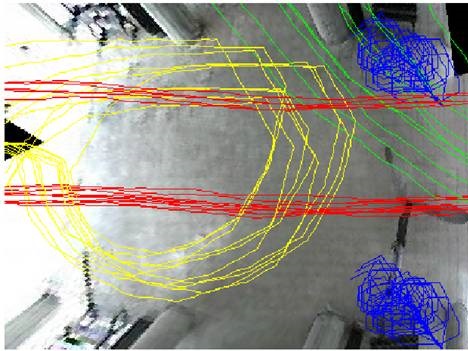 Justification of the proposed project is based on two issues of major concern to the state of Israel:

More specifically, the objectives of the project are:

The machine learning research is carried out at the Hebrew University's machine learning lab utilizing its long experience in temporal pattern recognition and computational learning methods. Following the meeting in June 2007 in Jerusalem, we decided to focus in the available time for the project on one particular behavior which is both well defined and threatening: people who leave objects behind them (such as luggage in airports). The machine learning component is based on the following phases: 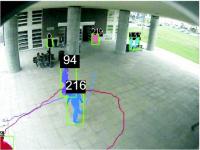