Event Cameras, neuromorphic devices that naturally respond to brightness changes, have multiple advantages with respect to traditional cameras. The difficulty of applying traditional computer vision algorithms on event data, such as Semantic Segmentation and Object Detection, limits their usability.

Therefore, we investigate the use of a deep learning-based architecture that combines an initial grayscale frame and a series of event data to estimate the following intensity frames. We evaluate the proposed approach on a public automotive dataset, providing a fair comparison with a state-of-the-art approach.

Event Cameras
Event cameras are optical sensors that asynchronously output events in case of brightness variations at pixel level. The major advantages of this type of neuromorphic sensors are:

Datasets
Due to the recent commercial release of event cameras, only few event-based datasets are currently publicly-released and available in the literature. These datasets still lack the data variety and the annotation quality which is common for RGB datasets. These considerations have motivated us to exploit the logarithmic difference of RGB images in order to take advantage of non-event public automotive datasets, which are richer in terms of annotations and data quality, along with two recent event-based automotive datasets:

We explore the use of a conditional adversarial network in conjunction with a recurrent module to estimate RGB frames, relying on an initial or a periodic set of color key-frames and a sequence of event frames, i.e. frames that collect events occurred in a certain amount of time.
Moreover, we propose to use simulated event data, obtained by means of image differences, to train our model: this solution leads to two significant advantages. First, event-based methods can be evaluated on standard datasets with annotations, which are often not available in the event domain. Second, learned models can be trained on simulated event data and used with real event data, unseen during the training procedure.
In general, we propose to shift from event-based context to a domain where more expertise is available in terms of mature vision algorithms.
As a case study, we embrace the automotive context, in which event and intensity cameras could cover a variety of applications. For instance, the growing number of high-quality cameras placed on recent cars implies the use of a large bandwidth in the internal and the external network: sending only key-frames and events might be a way to reduce the bandwidth requirements, still maintaining a high temporal resolution. 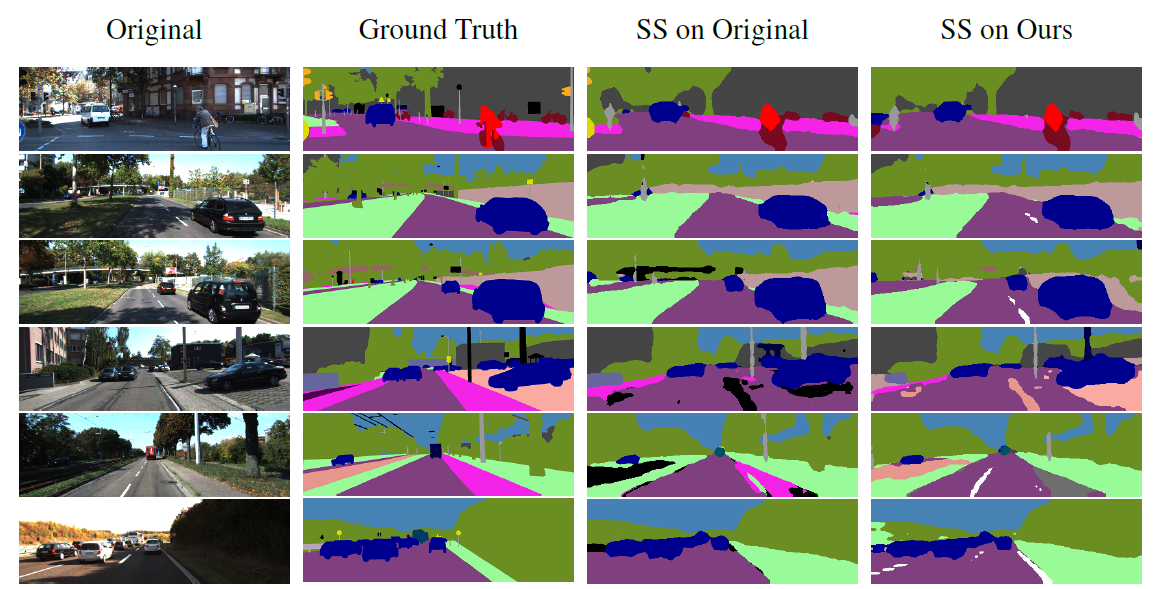 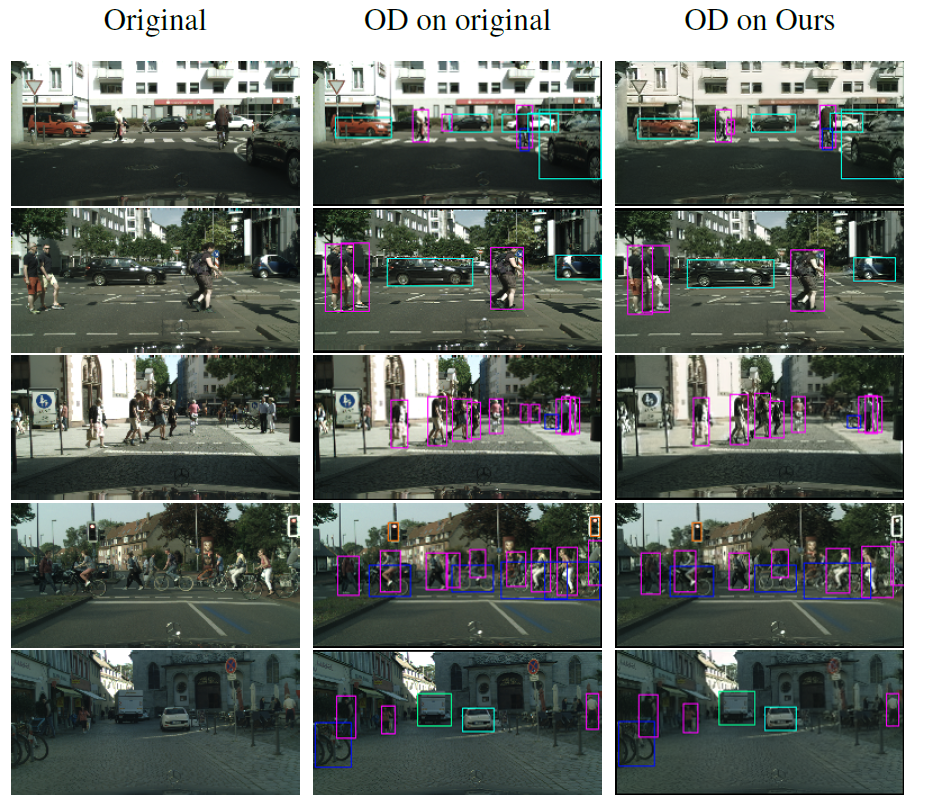 For further details and high quality images, please read the paper and the supplementary material. 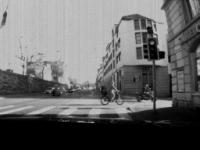