Research on Videosurveillance and HBU 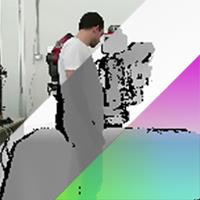 Collaborative robots, or cobots, have entered the automation market for several years now, achieving a rather rapid and wide diffusion. The Human-Robot Interaction (HRI) and Human-Robot Collaboration (HRC) paradigms still have unexplored potential and challenges not yet fully investigated and solved.

Among others, the knowledge of the instantaneous pose of robots and humans in a shared workspace is a key element to set up an effective and fruitful collaboration. The pose estimation problem opens up to new applications, ranging from solutions for the safety of the interaction to behavior analysis.

Despite robots usually provide their encoder status through dedicated communication channels, enabling the use of forward kinematics, an external method is desirable in certain cases where the robot controller is not accessible. In particular, aiming to have an end-to-end system which predicts the pose of both robots and humans, a method based on an external camera view of a collaborative scene is more suitable. 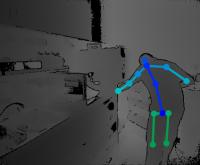 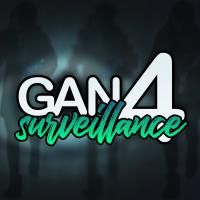 Security is of fundamental importance in a world where terrorist attacks are steadily increasing. Governments and agencies face these realities every day, but not always the means at their disposal are sufficient to effectively prevent those attacks. The security area uses many science and engineering fields, and many are the areas of study available. This research activity is focused on the problem of attribute classification (such as age, sex, etc.) and items (backpacks, bags, etc.) of people through security cameras. Computer Vision based Deep Learning techniques and generative models are exploited to address this problem in an automatic fashion. We explore the generalization capability of adversarial networks to enhance people image resolution and to hallucinate occluded body parts. 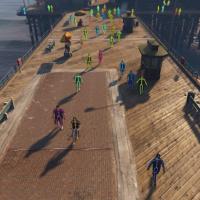 Multi-People Tracking in an open-world setting requires a special effort in precise detection. Moreover, temporal continuity in the detection phase gains more importance when scene cluttering introduces the challenging problems of occluded targets. For the purpose, we propose a deep network architecture that jointly extracts people body parts and associates them across short temporal spans.

Our model explicitly deals with occluded body parts, by hallucinating plausible solutions of not visible joints. We propose a new end-to-end architecture composed by four branches (visible heatmaps, occluded heatmaps, part affinity fields and temporal affinity fields) fed by a time linker feature extractor. To overcome the lack of surveillance data with tracking, body part and occlusion annotations we created the vastest Computer Graphics dataset for people tracking in urban scenarios by exploiting a photorealistic videogame. It is up to now the vastest dataset (about 500.000 frames, more than 10 million body poses) of human body parts for people tracking in urban scenarios.

DukeMTMC aims to accelerate advances in multi-target multi-camera tracking. It provides a tracking system that works within and across cameras, a new large scale HD video data set recorded by 8 synchronized cameras with more than 7,000 single camera trajectories and over 2,000 unique identities, and a new performance evaluation method that measures how often a system is correct about who is where. 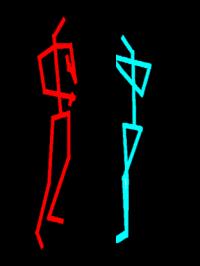 Despite prejudice cannot be directly observed, nonverbal behaviours provide profound hints on people inclinations. In this study, we use recent sensing technologies and machine
learning techniques to automatically infer the results of psychological questionnaires frequently used to assess implicit prejudice. In particular, we recorded 32 students discussing
with both white and black collaborators. Then, we identified a set of features allowing automatic extraction and measured their degree of correlation with psychological scores. Results
confirmed that automated analysis of nonverbal behaviour is actually possible thus paving the way for innovative clinical
tools and eventually more secure societies. 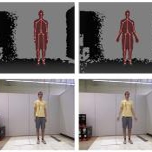 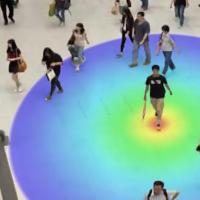 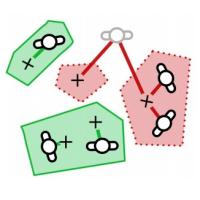 Multiple Target Tracking is an important task within the field of computer vision. The proliferation of high-powered computers, the availability of high quality and inexpensive video cameras, and the increasing need for automated video analysis has generated a great deal of interest in tracking algorithms. The problem is often addressed in a paradigm named tracking-by-detection, where detections are given ahead of time and tracking purpose is to merge this detections into separate identities. The real challenge in Multi Target Tracking is how to deal with noisy detections (miss and false detections) and with long occlusions. In this work we leveraged on cognitive psychology studies to develop a human-inspired model. 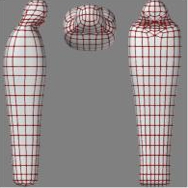 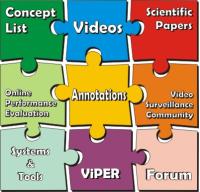 ViSOR contains a large set of multimedia data and the corresponding annotations. The repository has been conceived as a support tool for different research projects.
Together with the videos, ViSOR contains metadata annotation, both manually annotated ground-truth data and automatically obtained outputs of a particular system. In such a manner, the users of the repository are able to perform validation tasks of their own algorithms as well as comparative activities. ViSOR also contains two datasets for people Reidentification: 3DPES and SARC3D. 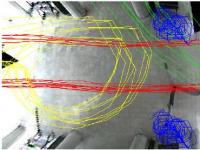 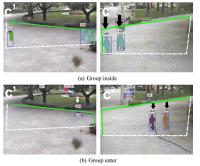 Outdoor surveillance is one of the most attractive application of video processing and analysis. Robust algorithms must be defined and tuned to cope with the non-idealities of outdoor scenes. For instance, in a public park, an automatic video surveillance system must discriminate between shadows, reflections, waving trees, people standing still or moving, and other objects. Visual knowledge coming from multiple cameras can disambiguate cluttered and occluded targets by providing a continuous consistent labeling of tracked objects among the different views. 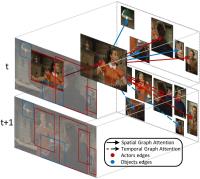 Video action detection requires an algorithm to detect and classify human actions in a video clip. Tackling the problem requires to address challenges that lie at the intersection between low-level and high-level video understanding. Firstly, fine-grained and discriminative spatio-temporal features are needed to represent video chunks in a compact and manageable form.
On the other hand, detecting and understanding human actions is not just a matter of extracting middle-level features, and demands for more high-level reasoning. We devise a high-level module for video action detection which considers interactions between different people in the scene and interactions between actors and objects. Further, we also take into account long-range temporal dependencies by connecting consecutive clips during learning and inference. 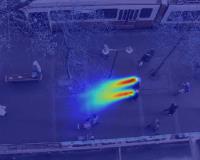 Anticipating human motion in crowded scenarios is essential for developing intelligent transportation systems, social-aware robots, and advanced video-surveillance applications. An important aspect of such a task is represented by the inherently multi-modal nature of human paths which makes socially-acceptable multiple futures when human interactions are involved.