The scientific impact is to achieve semantic video retrieval by learning a very large thesaurus of concepts. The technological impact is to improve indexing and retrieval practices currently employed by broadcasting archivists. The societal impact is to increase the access capability to information.

Video is vital to society and economy. It plays a key role in the information distribution and access and it will soon be the natural form of communication for the Internet and mobile phones. Current search engines, however, all rely on keyword-based access leaving semantic access to the data to research.

VIDI-Video aims at boosting the performance of video search by forming a 1,000 detector thesaurus aiming to localize the corresponding semantic concepts in the audio, visual or combined stream of data. The approach is to let the system learn many, mostly weak, semantic detectors instead of modeling a few of them carefully. These detectors will describe different aspects of the video content. In combination they will render a rich basis for interactive access to the video library.

VIDI-Video started by integrating state of the art components from machine learning, audio detection, video processing, interaction and visualization into a system which competed successfully in TRECVID's interactive search competition (the TRECVID is a benchmark on video search organized by the American National Institute of Standards and Technology). The project aimed to improve especially on machine learning techniques, visual and audio analysis techniques and effective interaction.

Concrete outputs were a fully implemented audio-visual search engine, consisting of two main parts, viz. a learning system and a runtime system, where the former fed its results into the latter after each round of training-and-thesaurus-update. The learning system consisted of software to be developed for overall video processing; visual analysis; audio analysis; integrated feature detector; and multimedia query + user interface. All subsystems have been delivered and are available both as stand-alone and integrated into these two final, connected systems. The modularity and contemporary stand-alone status of each system warrant developmental independence, and an efficient exploitation, as commercial opportunities often target components rather than entire systems. 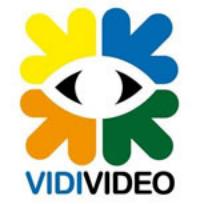