Current captioning approaches can describe images using black-box architectures whose behavior is hardly controllable and explainable from the exterior. As an image can be described in infinite ways depending on the goal and the context at hand, a higher degree of controllability is needed to apply captioning algorithms in complex scenarios. To address these issues, we have introduced a novel framework for image captioning which can generate diverse descriptions by allowing both grounding and controllability. Given a control signal in the form of a sequence or set of image regions, we generate the corresponding caption through a recurrent architecture which predicts textual chunks explicitly grounded on regions, following the constraints of the given control. 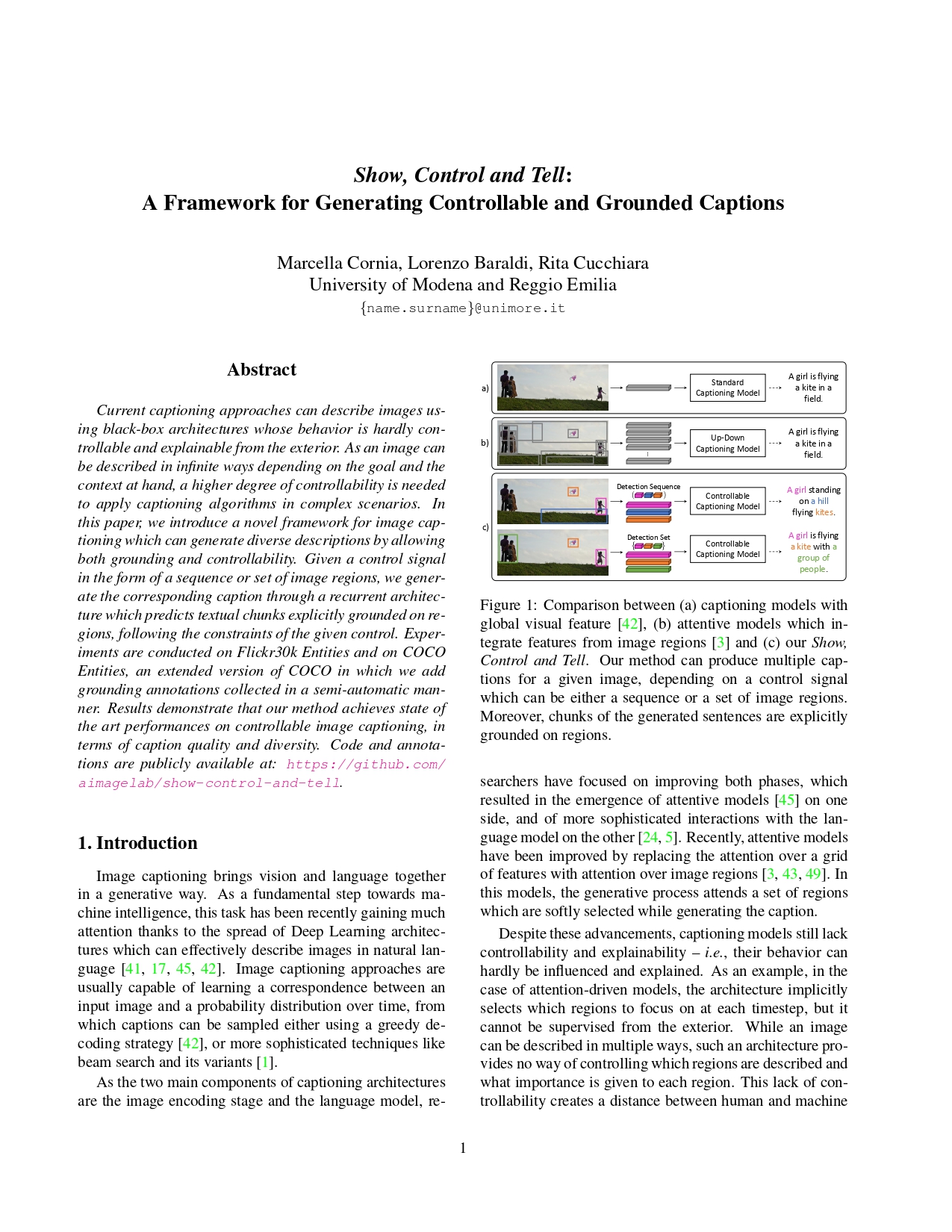 Show, Control and Tell: A Framework for Generating Controllable and Grounded Captions 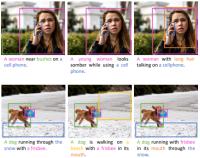