Mercury: a framework for Driver Monitoring and Human Car Interaction

The deep learning-based models and frameworks investigated at AImageLab have been exploited to implement a framework to monitor the driver attention level and to allow the interaction between the driver and the car through the Natural User Interfaces paradigm. The driver attention is a concept that is difficult to define in a univocal way and, also, it has different nuances: for this reason, we focus on the concept of attention understood as the driver's level of fatigue, computed through the perclos measure, and the driver fine and coarse gaze estimation.

The loss of vehicle control is a common problem, due to driving distractions, also linked to driver’s stress, fatigue and poor psycho-physical conditions. Indeed, humans are easily distractible, struggling to keep a constant concentration level and showing signs of drowsiness just after a few hours of driving. Furthermore, the future arrival of (semi-)autonomous driving cars and the necessary transition period, characterized by the coexistence of traditional and autonomous vehicles, is going to increase the already-high interest about driver attention monitoring systems, since for legal, moral and ethical implications driver must be ready to take the control of the (semi-)autonomous car.

Therefore, we propose a Driver Monitoring System, here referred as Mercury, based on Computer Vision and Deep Learning algorithms.

From a technical point of view, Mercury framework is composed of different stages. The whole architecture of the system is represented in the following figure. The system has been set up in a modular way, since it is able to work only with RGB data, depth data or both.

The output of RGB and depth head detection modules consists of the head crops, which is a bounding box containing the driver's face with minimal background portions. 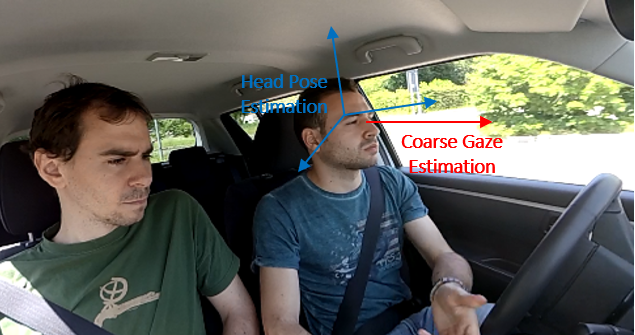 The Mercury framework has been implemented and tested on a computer equipped with an Intel Core i7-7700K processor, 32 GB of RAM and a Nvidia 1080Ti GPU.
The various components belonging to the deep learning tools have been implemented with the Keras framework with Tensorflow  as backend. Finally, a graphic interface has been created through the Qt Libraries and it is de-tailed in the following paragraph.
Being aware that the aforementioned hardware equipment is not suitable for the automotive context, due to reasons related to the costs and power consumption, we have started to implement these systems on embedded boards (IV). The Nvidia TX2 board has been chosen, since it is equipped with an embedded GPU suitable for deep learning-based algorithms. 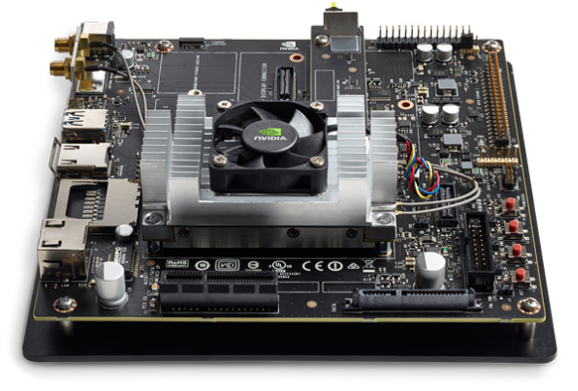 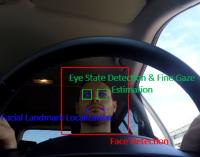