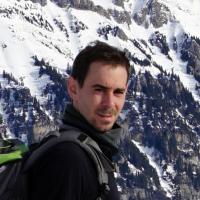 His research interests include Computer Vision and Deep Learning techniques applied to intensity and depth images. Among his research topics, he has worked on Driver Attention Monitoring, Natural User Interfaces, Face Recognition and Face Morphing Attack detection .
In 2018, he has spent four months at Stanford University at the Stanford Vision and Learning Lab working on Human-Robot Interaction under the supervision of Prof.Silvio Savarese. He was also a member of the RedVisionLab, working in collaboration with Ferrari S.p.A., and he was involved in research for Anomaly Detection with Italian Railway Company (RFI).

He has served as a reviewer in IEEE Transactions on Pattern Analysis and Machine Intelligence (TPAMI) and CVPR and ICCV 2017, 2019, 2020.

Since I moved to the University of Bologna, the content of this page may be not up-to-date.
Please, see my personal website.